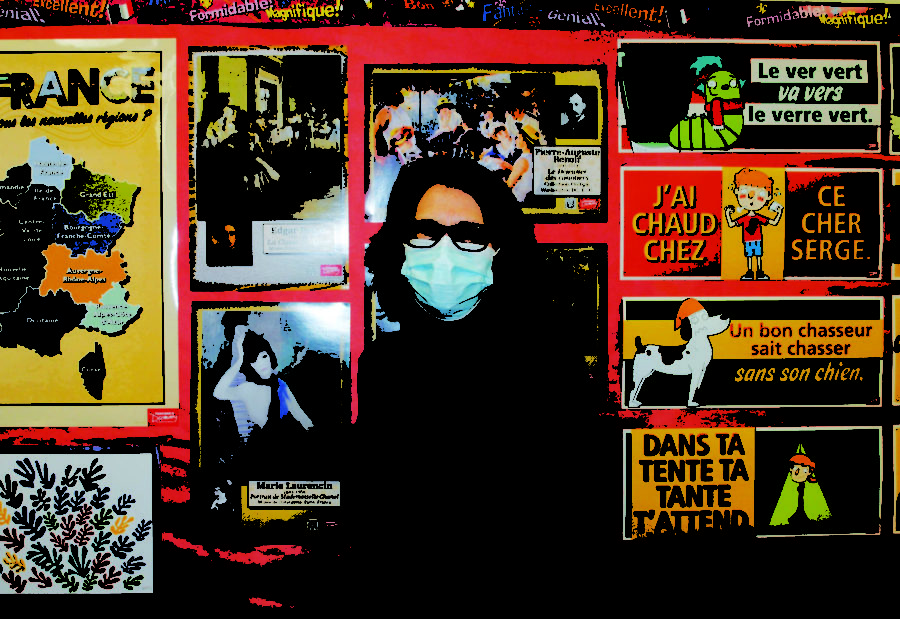 With 31 years of teaching under her belt, Valerie Kling is retiring from her position as a world languages teacher.
Kling has taught all levels of Spanish and French and even spent two years teaching at a bilingual school in Mexico City. Since joining Bismarck Public Schools, she has split her time between the three main high schools depending on enrollment numbers.
“Language fluctuates. I just kind of go where I’m needed,” Kling said.
Kling has a legacy at BHS that extends beyond her classroom. Many of Kling’s family members graduated from BHS, and although she did not graduate here, she attended BHS for three years. Throughout the various roles she has played at BHS – student, student teacher, and finally teacher – Kling has witnessed many developments.
“I attended BHS, but [due to] life circumstances I moved away as a senior. I student taught here, and now I teach here,” Kling said. “So I’ve seen a lot of changes at BHS, from the physical building [to] administration [and] teachers.”
Along with this, Kling has watched students change over the years, even after they leave BHS. She sometimes even has the opportunity to teach the children of former students.
“I enjoy the students. They have a lot of life, and it has been rewarding to see how students have grown,” Kling said.
Kling said that she will miss interacting with students] and colleagues after she retires. She feels as though students keep her young, while fellow BHS staff have provided her support and friendship.
“It’s always bittersweet to leave a place that you’ve been at for so long,” Kling said
Regardless, Kling looks forward to simply winding down and pursuing her hobbies, such as reading, cooking, working with her hands, spending time with her dog and traveling.
“I’ve worked for 31 years. That’s a long time, and it’s just time to go on to other things,” Kling said. “It’s not that I have grandiose plans, but I’ll get up in the morning and relax and be able to enjoy my second cup of coffee.”
As she approaches retirement, Kling reflects on her career and the lessons that she hopes to leave with students.
“I hope I have given students thought – what it is to speak a world language, what it is to travel, how travel can open up your horizons and knowing that the language is tied in with the culture,” Kling said. “That’s how we’re going to bring the world together – through communication.”