The importance of journalism

Despite its faults, journalism is an essential aspect of America - and the world. 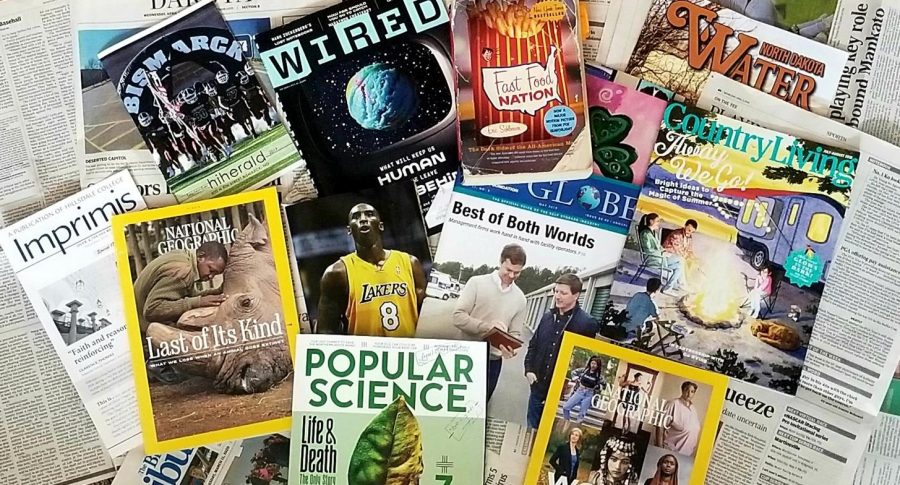 America seems more divided and hysterical than ever before, and it is easy to look to the media as the main propagator of this country’s problems. After all, it is the media that is constantly reminding Americans of the intimidating coronavirus and flooding the internet with enough data to overload a supercomputer. However, it is also the media that is bringing global perspectives to individual communities and holding prominent figures responsible for their actions. Journalism is critical in connecting people to knowledge, and, despite its flaws, the world is a much better place because of it. At its most simplified, journalism exists because the world is interesting. More precisely, nearly eight billion people live on an interesting rock floating in the middle of a huge, interesting universe, and many of them are doing some pretty interesting things. Whether these things are evil or honorable, insignificant or crucial is left to each individual. Without journalism, however, much of the world’s population would not have the tools or the information to make any decision at all. Even when people do have access to other sources of information, a well-written news article or profound image can sometimes change minds where countless facts and statistics could not.

Imagine a world without this vital source of information. Imagine a world in which everyone lives in their own little ideological box, never receiving any form of news outside of conversations with those they come into contact with. Imagine a world in which figures of authority have complete control over what the public knows about them. In fact, this was the reality for a significant period of man’s existence, and it continues to be a reality in certain parts of the world. North Korea is famous for its complete restriction of media, but what about national governments that control the media in lesser-known ways, such as Iran, Vietnam or China? These countries commonly forbid journalists to report on political candidates or human rights issues unless their discoveries support the government, which is usually a dictatorship that controls far more than the media.  It may not be surprising that these countries also have high rates of journalist imprisonment and human rights violations. As shown by countries that restrict the media, journalism is an essential bridge between the people and the government. However, journalism comes in many forms other than hard news, and each has its own audience and intent.

Journalism is so much more than the broadcast networks that everybody is familiar with. Of course, there are journalists who work for written publications such as the New York Times to bring juicy headlines in almost every imaginable topic. Investigative journalists dive deep into current issues, exposing fraud and ensuring that the portion of those eight billion interesting people who do typically unacceptable things are held accountable. While the previously mentioned types of journalism tend to reveal what is wrong with the world, countless publications exist to entertain and present serious news without making doomsday suggestions. Magazines, with their centralized coverage and more pleasant nature, are often viewed as more entertaining than newspapers. (Sorry, New York Times.) For example, Popular Science magazine delivers both hard science and odd-ball vaguely science-related news to the public in a way that is much easier to read than a scientific journal. National Geographic gives readers of many countries an opportunity to get a taste of other cultures and global news, from the elephant poaching crisis in Africa to the Google-sponsored competition to send privately-funded vehicles to the moon. Plus, not all journalists even use words to convey their message. Photojournalists have the power to change perspectives regardless of the literacy level of an audience.

No matter what form it comes in, journalism is the effort to reveal the truth in all matters of life, from politics to science and the individual lives that lie in between. The world is an infinitely better place because journalism connects people and knowledge. Some claim that journalism is a dead or unhonorable profession, but the reality is far from that. Journalism is important, and it has never been more alive.